Phu Yen is a province in the South Central Coast, located between two big passes of the country of Cu Mong Pass in the North and Ca Pass in the South and on the North – South Road; is the new gateway to the East Sea of the Central Highlands provinces. Phu Yen has a diverse and rich terrain as a miniature Vietnam with: mountains, hills, plains and sea. Therefore, the province has much potential in resources to develop diversified tourism types. 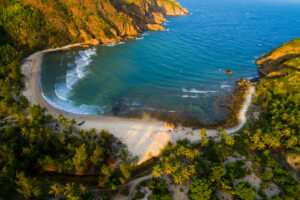 In accordance with the socio-economic master plan approved by the Prime Minister up to 2020, Phu Yen shall be constructed to become a new gateway to the East for Tay Nguyen Region and the province is trying to become a large-scale tourism and service center of the region and the whole country. Phu Yen tourism shall be developed strongly to become a key economic sector, “clean” industry with typical features. The development of mountain tourism is closely linked to culture of ethnic groups, natural landscape and establish the routes connecting coastal areas with provinces in Highland Central Region.

Phu Yen has the coastal line of 189 km with many tortuous and bendy places with mountains adjoins to the sea to create many bays, lagoones, peaks… with pristine and particularly interesting beauty such as Cu Mong Lagoon with an area of 2,655 ha; O Loan Lagoon – a national beauty spot with an area of approximate 1,570 ha; famous foods such blood cockle, Huynh De crabs, oyster, sea jelly,… 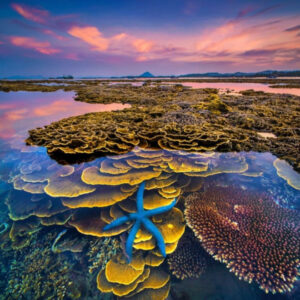 Vung Ro bay with an area of 1,640 ha which was closely linked to the National historical Vung Ro and the legend of Ship with no ID and Ho Chi Minh Trail at sea. Xuan Dai Bay is a beautiful bay which was linked with many historical events relating to Phu Yen as well as the country. The bay has an surface water area of approximate 13,000 ha and the length of approximate 50 km with various and diversified sea, forest ecology. Vung Lam within Xuan Dai bay was a commercial port of Phu Yen in the past where the first Vietnam – US diplomatic event happened in 1832. Especially Da Dia reef beauty Spot is famous for very unique geographical situation in Vietnam; Mon beach – Dien cape (Dai Lanh cape) is the East Pole on land where welcomes the first sunrise of the country.

The nature has rewarded Phu Yen with many beautiful beaches which are suitable for developing resort and sports tourism types. Beaches have the combination between mountains, beaches with white sand sloped gently and blue sea water reflecting rows of Filao trees and coconut trees. There are many beautiful beaches such as Bang beach, Bau beach, Rang beach, Xuan Hai beach, Nom beach, Tram beach, Tu Nham beach, Om beach, Binh Sa, An Hai, Phu Thuong, Gun beach, Xep beach and Long Thuy beach, Tuy Hoa. Phu Yen also has many rocks and small coastal islands such as Hon Lao Mai Nha, Hon Yen, Hon Chua, Hon Nua, etc. The results of exploration and survey show that Phu Yen has an underground coral reef with an area of over 400 ha, which is an extremely valuable resource to develop marine ecotourism in the future. 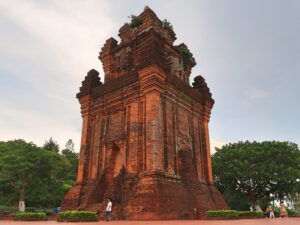 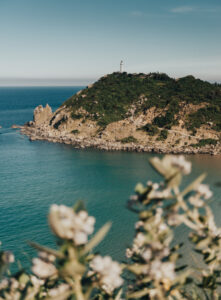 The typical features of Phu Yen culture is the mixing, exchanging and combination of Viet – Cham culture with ancient Nhan Tower, Ho Citadel. In 2019, Thap Nhan Cultural Architectural relic has become a special national architectural relic. Da Cultural Relic is also a unique cultural feature in this Central Coastal Region, with national landscapes: Ganh Da Dia, Da Bia mountain, the unique stone trumpet (Ken Da), Phu Yen Lithophone (Dan Da) with the dating back to about 2,500 years ago which is considered a national treasure etc. With the rich and diverse geology and culture, Phu Yen is researching to establish a Global Geopark with the focal point of Ganh Da Dia.

With various tourist potentials and kind-hearted and hospitable people, Phu Yen is becoming an interesting destination for the domestic and foreign investors and visitors.